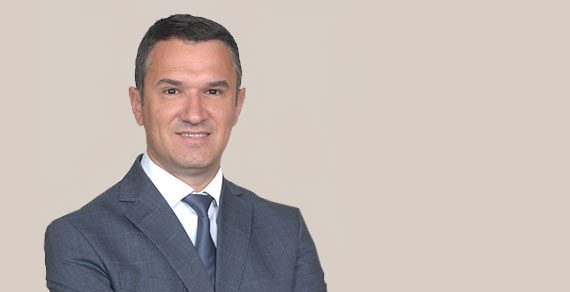 Sejdi Hoxha is Chief Executive Officer at Public Enterprise “Post of Kosovo JSC”, elected on 19.10.2012. He is also a member of the Board of Directors of Post of Kosova.

Prior to his election as Chief Executive Officer, Hoxha with the decision of the Prime Minister of the Republic of Kosovo was a member of the Board of Directors at the Pristina International Airport “Adem Jashari” (24.12.2008-2009).

On May 22, 2009, he was appointed as an assistant at the University of Prishtina, respectively at the Faculty of Applied Technical Sciences in Ferizaj. Then, on 20.11.2009 Mr. Hoxha was elected ECTS Coordinator and Academic Development. Whereas, on 31.10.2011, as the Head of the Department of Industrial Management.