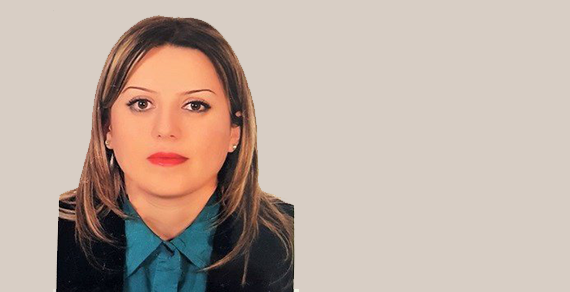 Leonora Haliti Rudhani is a Full Time lecturer at the University of Applied Sciences in Ferizaj, elected in July 2017 by the Senate of this University. In January 2017, Coordinator for Academic Development (ECTS) was appointed, a position she still holds.

She is also a member of the Senate since the establishment of the University of Applied Sciences in Ferizaj.

Lecturer Leonid Haliti Rudhani was elected assistant for a group of economic courses at the University of Prishtina, Faculty of Technical Sciences in Ferizaj in 2013, and in the following years since the establishment of the University of Applied Sciences in Ferizaj she worked as an assistant in this Institution until 2017 when she was elected as Lecturer.

Prior to election as academic staff, since 2007 Rudhani has worked as Senior Finance Officer at the Faculty of Philology. During this phase she has attended several professional, national and international trainings.

Lecturer Rudhani, also has some scientific research published in internationally recognized impact-factor magazines such as Italy, Turkey, Romania, Latvia. These magazines are indexed on platforms that have high credibility.

Bachelor and master studies completed at the department: Banking, Finance and Accounting – Faculty of Economics, University of Prishtina. She is now a doctoral candidate at this university and is on the verge of defending the doctoral dissertation.