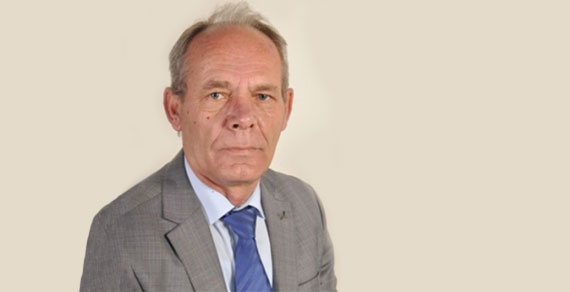 Mr. Sc. Ismet Malsiu is the dean of the Faculty of Industrial Engineering with Informatics at the University of Applied Sciences in Ferizaj, selected on 2 February, 2016 by the Senate of this University.

After finishing the studies he was employed in FBM “Sharri” Hani Elezit, Kacanik and appointed Leader and Supervisor of the Fluids Unit and Energetics (1989-1996).

Lecturer in supplementary working relations at the former High Technical School in Ferizaj in the University of Pristina was selected in 1993 while in 1996 is selected, Regular Lecturer.

In 2011 he completed his postgraduate studies at the University of Prishtina at the Faculty of Mechanical Engineering and received his academic degree, Master of Science in the field of Thermo-Energetics and Thermotechnics.

Mr. Sc. Ismet Malsiu as authors and co-authors has published scientific works and professional in local and international journals. He is a co-author of two university textbooks and a reviewer of a textbook as well as has compiled lectures and manual for students.

Mr. Sc. Ismet Malsiu is certified for Coach (2002-2008). By SWISSCONTACT has been summoned to quality of the foreign coach and the consultant the German coach with the call -Internationals Expert for Modular Training of Teachers, Engineers / Instructors in the ten Vocational Secondary Schools in Albania (2009 – 2014).

Mr. Sc. Ismet Malsiu is certified for Coach (2002-2008). By SWISSCONTACT has been summoned in the quality of the external Coach andconsultant of the coach German with the call -Internationals Expert for Modular Training of Teachers, Engineers / Instructors in the ten Vocational Secondary Schools in Albania (2009 – 2014).

Has scheduled and drafted in the specified form five Laboratories for the Faculty of Engineering with Informatics. Has Projected, Controlled and Supervised Many Central Heating Systems and Air conditioning Systems.