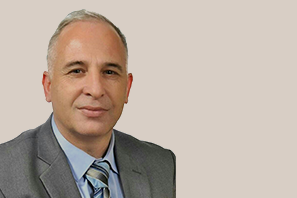 Idriz Kovac was born in the village of Bllaca in Skopje. He completed primary education in this village and completed secondary education in the town of Kaçanik. The undergraduate studies have started and completed with a distinguished success at the University of Prishtina, Faculty of Economics in 1990 and obtained his degree in economics. In 1997, successfully completed his postgraduate studies at the Faculty of Economics in the University of Prishtina in the field of monetary economics. The author has a doctorate in the same field, at the Economics Institute of “St. Cyril and Methodius” University in Skopje in 2008 with the topic: “Implications of Public Revenue on Investment in the Republic of Macedonia”.

As far as career is concerned, the author has started his career as a teacher in his native country to continue as an Assistant and Professor at the State University of Tetovo in 1997-2008 in Fiscal Economy, International Economics and Monetary Economics.

In the period 1999-2001 the author worked as an administrator and consultant at the Ministry of Local Self-Government of the Republic of Macedonia at the Office for Development of Underdeveloped Regions and from 2001 to 2005 has worked as Advisor to the Ministry of Economy and the Head of the Regional Unit Sector in the center. In 2006 he worked in the City of Skopje as Deputy Head of the Local Economic Development Sector, specifically in the field of tourism and hotels in Skopje.

In addition to academic engagement at the State University of Tetova, he has worked in several Universities of Kosovo and Macedonia in the field of monetary economy, fiscal economy and tourism management.