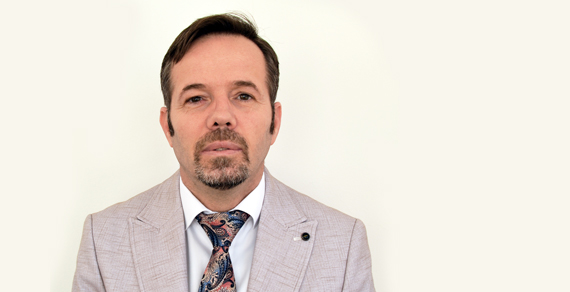 Prof. Assoc. Dr. Afrim Loku has obtained his undergraduate studies (Bachelor of Science) at the University of Pristina in the Faculty of Economics. Then in 2004 he completed his postgraduate studies at the same university, receiving an M.S degree in Economics. He received his Ph.D. in Management from the Public University of Skopje “Cyril and Methodius” in 2010.

From 2000 to 2001, he worked as Financial Assistant to the OSCE. From September 2001 to 2004 he was in the position of Operational Director and spokesman at the University Clinical Center of Kosovo (UCCK).

From 2005 to 2010 he was engaged in the position of Accounting Specialist at Logistics Department at Camp Bondsteel. At the same time during this period 2006 – 2012 he served in the education process in several private colleges, and in the Public University of Prishtina and Prizren.

During 2010 to 2012 he worked as coordinator for planning and organization at the Economic Bank, where he gained his experience in banking sector. In 2012 he was elected as a Lecturer in Faculty of Applied Technical Sciences in Ferizaj at the University of Prishtina.

At the same time in December 2013 he was elected as a member of the Directorate of the Board of PTK and head of the committee’s audit at this corporation where he served for 3 years.

He has a considerable number of trainings and presentations at various international conferences, and has published papers in internationally renowned journals with international reviews and impact factors.