A workshop was held with the Ambassador of Happiness Maura Sweeney 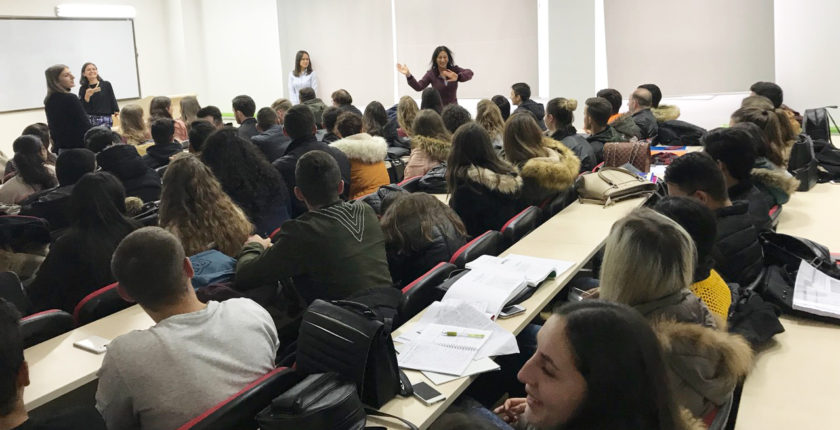 At the University of Applied Sciences in Ferizaj (UASF), was held a Leadership Workshop with the Ambassador of Happiness appointed by UNESCO, Maura Sweeney, which was organized by the organization “Leadership Development Association Albania in Kosovo”.

Initially, Ambassador Sweeney was hosted by Vice-Rector for Budget, Finance and Infrastructure, Prof. Assoc. Dr. Afrim Loku, who thanked the Ambassador for visiting for the second time UASF and sharing her experiences with students.

During the workshop, Ambassador Sweeney showed her experiences of leadership and influence, where she had great interactivity between her and the students.

“Each of you can be unique in its own way and you can become the power and the perfection of a new state that has much to give. Believe in yourself and achieve high ideals. Become a golden stone and the pillar that others want to achieve”, said Ambassador to the students.

Part of the workshop was also Mrs. Marie – Christine Egger, deputy for Culture in the municipality of Ambilly, France, as well as the deputy of the Assembly of Kosovo, Mrs. Mexhide Mjaku – Topalli.

“Leadership Development Association Albania in Kosovo” organization headed by Mr. Lulzim Hasani, thanked the UASF management for the hospitality and the opportunity to hold this workshop at the University.