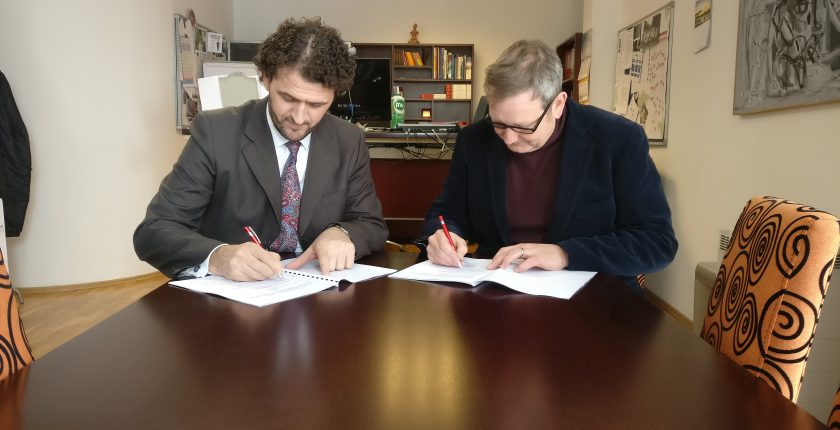 Rector of the University of Applied Sciences, Prof. Dr. Agron Bajraktari and the Director of GIZ for Kosovo and Macedonia, Mr. James Macbeth Forbes, signed a Memorandum of Understanding between the University and this German organization, focusing on the creation of the Center for Career Development and Alumni.

During the signing of the Memorandum, which took place at the premises of GIZ, Rector Bajraktari explained to Mr. Forbes University history, the particularities that differ from other universities in Kosovo, the infrastructure and the programs in which studies take place. Also, the Rector also spoke about student practices, their advancement at this university, and the employment of most of them still without completing their studies.

Rector Bajraktari also mentioned the relationship with the industry and said that we are the only University that has the Industrial Board. “Our university is in the service of businesses in terms of curricula and their development according to their ideas and requirements.” 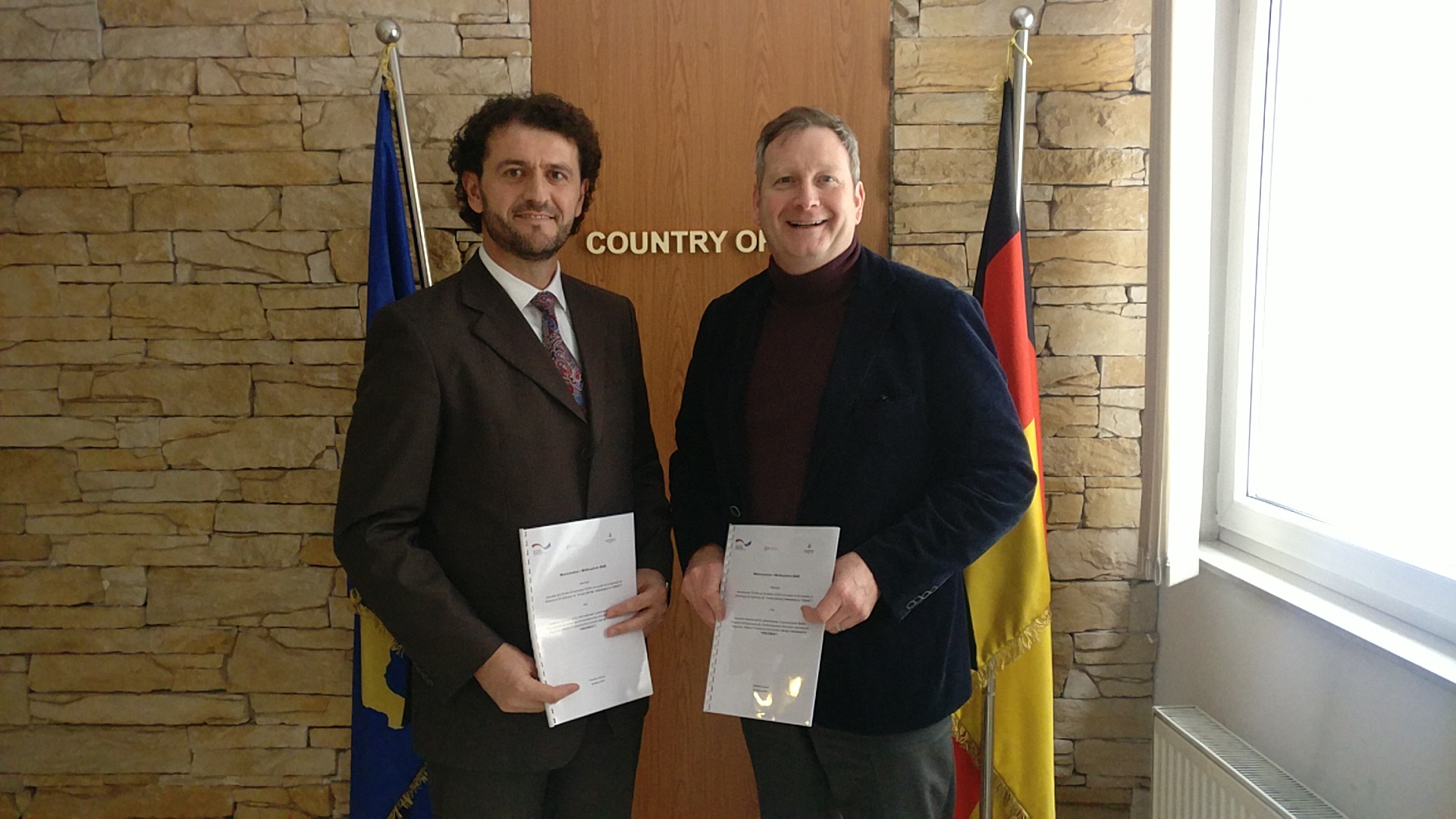 The Rector expressed his desire that UASF will take the best experience of the German state that is known for its success in dual teaching and applied sciences. While, he thanked GIZ for making a major contribution through this Memorandum to the University, students and businesses.

Director of GIZ for Kosovo and Macedonia, Mr. James Macbeth Forbes thanked rector Bajraktari and said that we have some memorandums of understanding with Kosovo universities, but expressed the pleasure that this time will cooperate with a university that is profiled and closer to the labor market with the programs it offers. 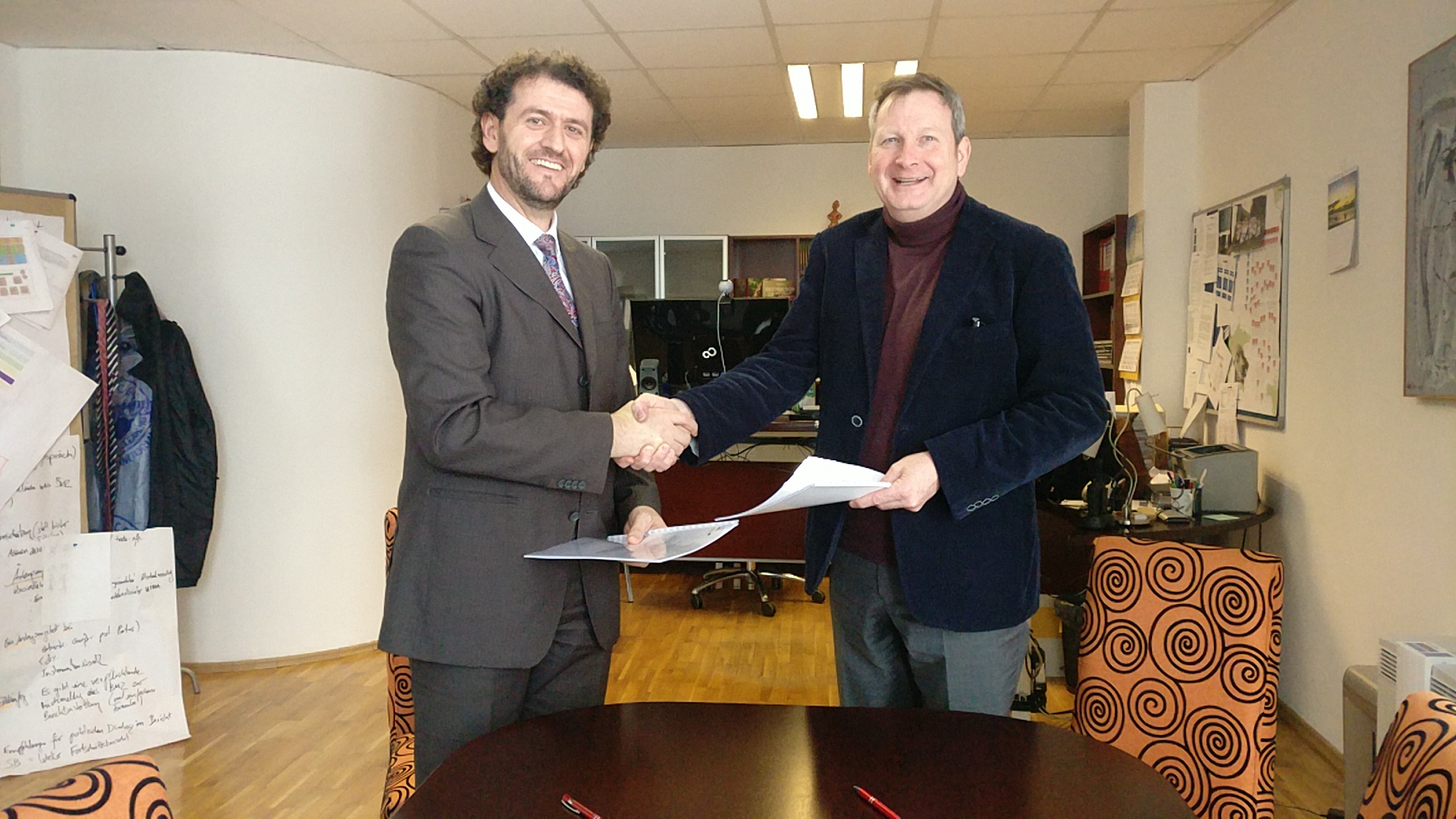