An Informative Session was held in front of UASF students on seasonal employment in Antalya, Turkey 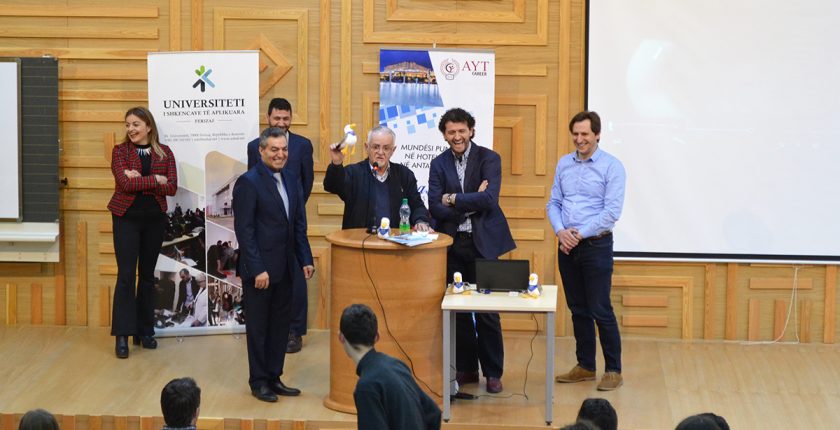 Initially Representatives of Turkish agencies and hotel were received by the Rector, Prof. Dr. Agron Bajraktari, where was discussed about seasonal employment of students and conditions that they will work.

Rector Bajraktari spoke to students about the importance of this opportunity for them. He also informed them that the Agreement with the Agencies is valid for all students from all faculties of UASF and that they will perform practical work in the most prominent position of their study program.

At the same time, the Rector said to the students that they would be the biggest beneficiaries of this Agreement, besides being given the opportunity to perform practical work, they are also enabled to get acquainted with the best culture and facilities in Turkey. 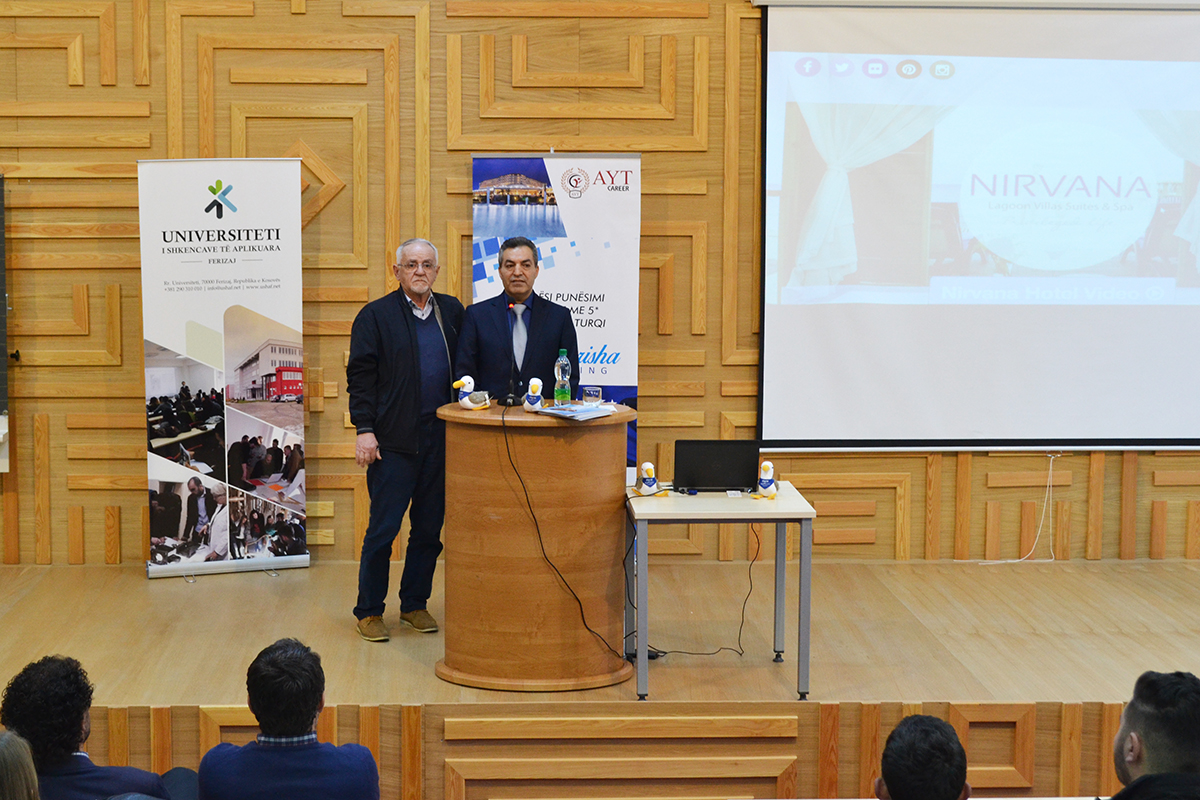 Meanwhile, the representative of Hotel “Marti Myra Hotel” Mr. Kursuadoglu, thanked rector Bajraktari for the reception and said that in front of the students he feels enthusiastic and very pleased that some of them will be among his staff.

He also spoke to the students about the possibility of vocational training at the hotel that he represents, where they will also be able to get acquainted with the diverse cultures, because according to him this hotel is visited over 170 thousand guests during the summer  season.

Also, the Dean of  Faculty of Hospitality and Tourism, MSc. Flamur Salihu, congratulate the students for their courage and wished them success during their stay in the Turkish state. He promised the students that they would try to occasionally visit them and in a way take care of their well-being. 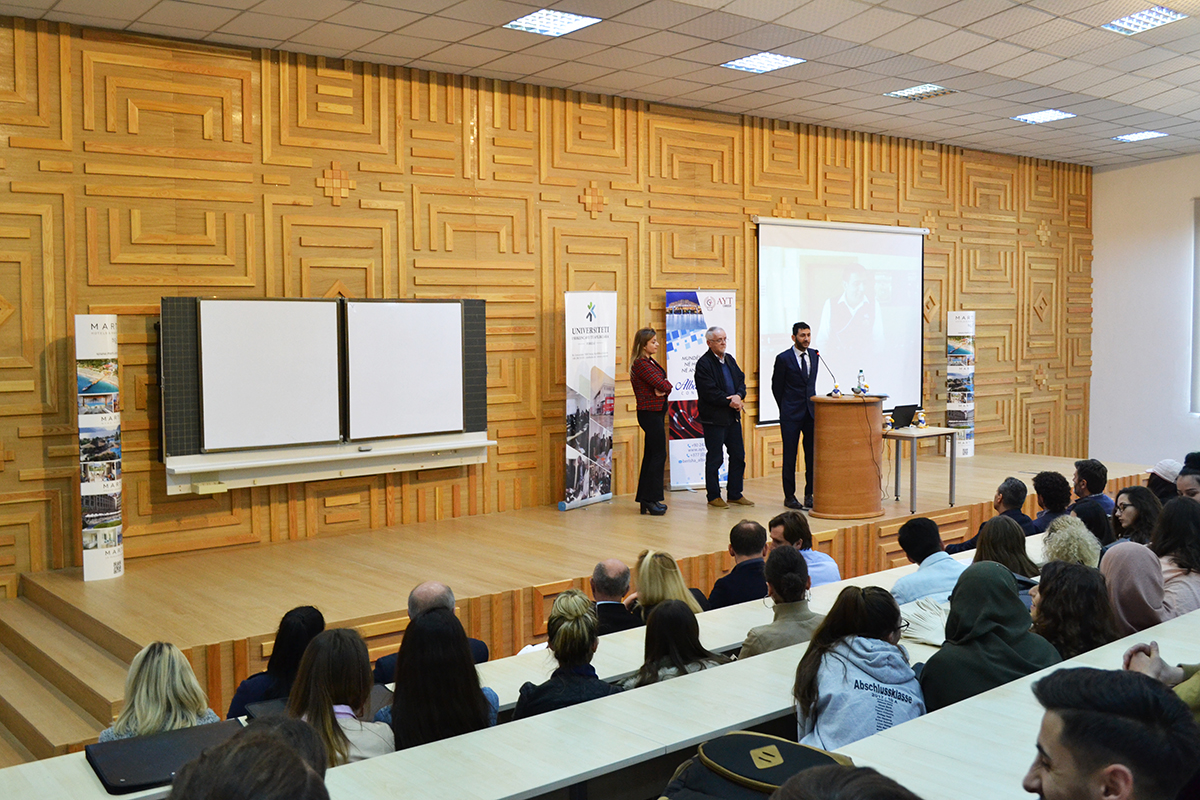